Home > Managing Tenants > How to Work With Tenants on Benefits

How to Work With Tenants on Benefits 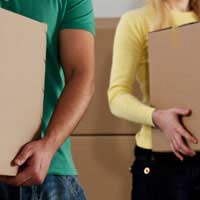 The recession is having an effect on the number of people on benefits that are turning to private landlords for their homes.

It’s also the case that the rise in the numbers of rental properties, with people wanting to rent out their homes until the housing market picks up and they can sell them, means more and more private landlords are now willing to take the chance on letting their homes out to people in receipt of benefits – despite the fact that the rules on how and when they will be paid make this type of letting more risky than a normal tenancy.

According to figures released in May 2009 by market researchers Business Development Research Consultants, there has been a massive increase in the number of private landlords who are renting properties to benefit claimants – from just nine per cent at the end of 2008 to 20 per cent in the first quarter of 2009.

What Are the Pitfalls?

More than 24 per cent of landlords were not keen to accept tenants who were on benefits because they were worried that they might be more likely to damage the property. Another 15 per cent of respondents said that they had already had bad experiences with benefit claimants in the past, and did not want to take the risk again. One in ten landlords is afraid that the rent just won’t get paid.

Approximately 30 per cent of landlords agreed that they would actually be more willing to accept benefit claimants in their properties if the rent payments were made directly to them, rather than to the tenants.

It is possible now to have the rent on your property paid directly to you by the local authority, but usually you can only ask for this if the tenant is already at least eight weeks in arrears with their rent. This can cause landlords financial hardship. In some cases it’s possible to request that the local authority pays the rent direct to you from the start of the tenancy but it has to be requested by the tenant and not the landlord, and since April 2008 only ‘vulnerable’ tenants are allowed to request this service.

It’s a good idea to ask the tenant to give you authority to discuss the claim for housing benefit with the local authority on your behalf – there have been cases where the tenant claims more than the rent and if you’ve managed to get the benefit paid to you directly, the responsibility for overpayment falls to the you.

If you find out that your tenant’s circumstances have changed and in a way that could affect their Housing Benefit entitlement you should also let the local authority know. This includes things like someone moving into the property, or if they are now working. In this case it’s actually the tenant’s responsibility to let the authority know, but again, if you’re paid direct you could still be held responsible for repayment of any overpaid benefits.

You are also responsible for paying the council tax on the property if the house is a House of Multiple Occupation – that is there are several tenants living in the property and it’s not self contained as in separate flats. This is more likely in the case of student accommodation.