Home > Types of Rental Property > Buy to Let: Facts and Figures from ARLA

Buy to Let: Facts and Figures from ARLA 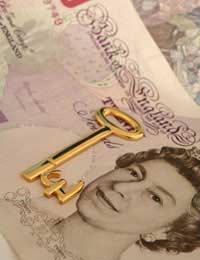 The Association of Residential Lettings Agents (ARLA) is a trade body for letting agents in the UK. The organisation provides information, regulation and services for residential letting agents but also carries out regular surveys into the lettings market.

The most recent ARLA survey was carried out in the last quarter of 2010 and offers an insight into how the economic downtown and housing situation has affected housing trends across the UK. Members were asked a series of questions on the ARLA website, and the results are quite enlightening for potential and existing landlords.

A total of 292 people responded to the December 2010 survey, so although the research might not be considered extensive, you could still see it as a representation of the views of many UK landlords.

Renting is seen as being more popular than last year, according to over 70 per cent of the landlords surveyed. Just three per cent of landlords believed that renting was less popular now than it had been in 2009. The reasons for this were thought to be mostly circumstantial – people are seen as being forced to rent by their financial circumstances and outside economic factors by more than two thirds of landlords

Who is the Average Landlord?

According to the ARLA survey more landlords were from the south east of England (and London) than anywhere else. A total of 42 per cent of respondents said they lived in this part of the country. London accounted for 19 per cent of landlords, and the next most popular area was The Midlands with 14 per cent of respondents living there. The North West followed on with 12 per cent and then the South West came in with just ten percent. A small four per cent of landlords were out of the country at the time they completed the questionnaire.

Age wise, the most popular time to take on the rental market seems to be later in life, as over a third of the people who responded were between 46 and 55, and over a quarter being between 56 and 65. A further 21 per cent were between 36 and 45 but young landlords seem to be more of a rarity with just six per cent being under 35. Just over one in ten – 11 per cent - were over 65 years of age.

Most respondents said they’d decided to become residential landlords to make money from rental income and capital appreciation (51 per cent) or that they wanted to build up a ‘nest egg’ for their future (37 per cent).

Although the average respondent to the survey had over eight properties on their books, more than a third (33 per cent) owned just one property. A well-endowed 17 per cent claimed to have ten or more properties in their portfolio. This figure has risen since earlier in 2010 but ARLA believe that it just corrects a drop in properties from recent years.

The figures showed that landlords owned an average of 6.8 properties three months ago but ARLA believes that this increase merely reverses most of the change seen then. Despite rises in the early noughties, during the second half of 2008 the average number of properties in a landlord’s portfolio dropped off to the lowest levels since early 2007. The results from 2009 showed that respondents were once again adding properties to their portfolios but the numbers fluctuated from quarter-to-quarter. During 2010, the average number of properties does seem to have levelled out.

A quarter of respondents thought they would probably buy more in the coming year, but a more cautious 52 per cent said that they definitely didn’t expect to add to their portfolio.

Of the 20 respondents who indicated that they were thinking of selling some of their properties, the reasons were evenly split - either a change in personal circumstances (45 per cent) or other, non-disclosed reasons (55 per cent).

The complete survey report is available along with other useful information on the ARLA website.

Long Term Letting: What Makes a Tenant Stick Around?

Finding a Housemate: A Guide to Sharing Your Home

Should You Let Property Furnished or Unfurnished?