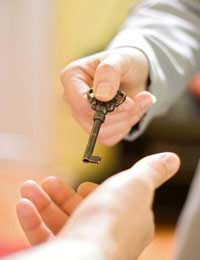 If you’re one of the landlords that already lets out property to tenants who are in receipt of housing benefit, it won’t have escaped your notice that there are radical changes coming up that will affect Local Housing Allowance (LHA) – coming into effect after April 2011.

Figures released by the government back in November 2010 revealed that the amount of money being spent on Housing Benefit had doubled between 2000 and 2010 from £11 billion to £22 billion in 2010, mainly down to the implementation of Local Housing Allowance after April 2008.

This, according to the government’s latest thinking, is a bad idea because as well as needing to cut back on spending as a whole, they believe that giving generous housing allowances to people isn’t giving them any incentive to actually try and find paid work.

What are the Changes to Local Housing Allowance?

The changes to Local Housing Allowance are designed to reduce the amount of rent that is covered by housing benefit, and will be more likely to have a significant effect on anyone renting or letting a property in an expensive area. The media has been highlighting cases where claimants manage to rent expensive properties in nice areas that working families wouldn’t be able to afford, simply because housing benefit has been so easy for them to obtain.

Changes to the system will mean that benefit claimants won’t be able to choose to live in this type of property, out of the reach of many ‘ordinary’ families, and it’s envisaged that it will make the system fairer.

In practical terms, the changes will mean that around 30 per cent of properties which are available for rent should be affordable to people in receipt of Local Housing Allowance, while the current rate is about 50 per cent.

What are the New Figures?

The changes to the caps on benefits payable for housing are going to be:Conservative estimates would suggest that the average amount potentially lost per week on a four or five bedroom property would be in the region of £74 and £137, leading to an annual shortfall of over £7000 for a landlord who owns a five bedroom house. It also means that landlords who would have relied on tenants who received Local Housing Allowance now need to turn their attention to the private market to achieve anything like the rental values of their properties in some areas.

Could the Tenants Cover the Difference?

It’s very unlikely that the majority of LHA tenants would be able to cover any deficit in the amount paid by local authorities and the amount the rent is actually worth. Even if they wanted to do so, and the chances are the request would be met with some resistance, figures suggest that only 279,000 of the 4.8 million people in receipt of housing benefit are working anyway.

If you’re a landlord who currently has tenants that receive housing benefit, you’ll have to be prepared to lose out on rental income in the future, once the changes are implemented. The general advice is that if you can’t afford to take the hit, you should think about serving notice on LHA tenants sooner rather than later and get the property back on the private rentals market before the changes come into effect. It may sound cruel, but both tenants and landlords are going to lose out with the shake up.

There are currently around 4.8 million Housing Benefit claimants in the UK. Of these:
Next Page

How to Be a 'Green' Landlord