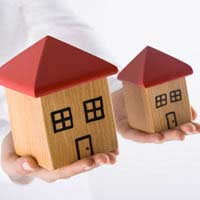 Contrary to what you might think, you don’t actually have to own your property to make money from renting out a room. This is called sub-letting, and by law, if you are a local authority or housing association tenant you are allowed to sub-let part of the property to lodgers to share the property without having to ask the landlord’s permission. Of course, it’s still advisable to let them know about your plans, but they aren’t allowed to refuse you.

If you are a private tenant renting an unfurnished property, in some cases you also have a legal right to sub-let the property to lodgers without having to ask the landlord’s permission, but it would depend on your individual tenancy agreement so it’s advisable to get legal advice before you agree to any kind of sub-let if you’re a private tenant. There are no grounds for appeal if your private landlord refuses a request for sub-letting.If you do have to ask for your landlord’s permission to sub-let part of your accommodation, your landlord is not allowed to refuse any request unreasonably. Having said that, you are not allowed to sub-let the whole property, and doing this can often be used by your landlord as a reason to evict you. In most cases, what you are allowed to do will depend on the conditions of your tenancy agreement.

What Should I Do if I Want to Sub-let?

The first thing you should do is write to your landlord formally asking for permission and telling him the circumstances (for example if you want a friend to move into a spare room) and the details of the potential new tenant. Make a point of saying in the letter that you are making an application for consent under section 3 of the Landlord and Tenant Act 1988.

Ask for a response to the application within a reasonable time, for example 14 days. If you don’t get a reply, or you think you’ve been refused permission on what you believe are unreasonable grounds, you may be able to take legal action.

If Your Landlord Refuses to Let You Sub-Let

If you make a formal request to your landlord to sub-let part of the property, by law he has to reply and give you his decision, within a reasonable time. If he refuses you, he must give you valid reasons, and any conditions attached to his agreeing to the sub-let must also be reasonable. If you don’t get a reply, or he refuses to let you sub-let on what you believe to be unreasonable grounds, you may be able to sue for damages.

The grounds that a landlord uses to refuse consent might vary, but they can’t just refuse on spurious grounds like age or whether they ‘fit in’ with the area. They can’t insist on you getting references, for example if you simply wanted to move a partner or friend in to share the bills that could be considered unreasonable.

What Can Go Wrong?

You have to be prepared to take full responsibility for anyone that you sub-let to – all very well if you are inviting a partner to share your home, but not so good if you don’t really know the tenant well. If someone you sub-let to won’t pay their rent, you’ll still have to find it – and if they case any damage it could be you who is left to pay the bill.

You can ask that any new tenants you sub-let to are added to your rental agreement so they are renting from the landlord rather than subletting from you, which would avoid that situation.

Buy to Let: Facts and Figures from ARLA

Long Term Letting: What Makes a Tenant Stick Around?

Finding a Housemate: A Guide to Sharing Your Home

Should You Let Property Furnished or Unfurnished?

Landlord With Holiday Lettings
Share Your Story, Join the Discussion or Seek Advice..
Hi. Can I let a whole house that is not owned by me? The house is owed by my daughter but she rents elsewhere because of her job and does not want the responsibility of letting hers out. I do not live in the house but she is happy for me to make some money in it if I do all the work.
Liv - 30-Apr-17 @ 3:19 PM
Title:
(never shown)
Firstname:
(never shown)
Surname:
(never shown)
Email:
(never shown)
Nickname:
(shown)
Comment:
Validate: