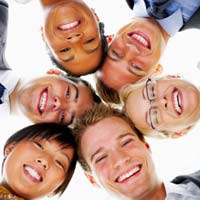 The laws on discrimination are strict, and the UK has specific legislation on equality that makes it illegal for you to discriminate against individuals, as well as giving them the opportunity and procedures to make a complaint to the courts if they believe that they have been unlawfully discriminated against.

It’s against the law to discriminate against any individual on the grounds of either their race, their religion or beliefs, gender, their sexual orientation or if they are transgender, a disability or their age.

The law makes any type of discrimination on these grounds is illegal for many services – including housing. If you are a landlord, or are in any way responsible for renting or managing a residential or commercial property, you are legally not allowed to discriminate against anybody by:

There is also an issue with sub-letting, in that a landlord cannot discriminate against someone on any of the discriminatory grounds by withholding the consent for a let property to be sub-let.

If a tenant feels that you are discriminating against them, or in any way treating you unfairly based on any of the grounds for discrimination, they could issue a legal challenge against you, so you need to make sure that you avoid any potential misunderstandings if you do refuse to let your property for a perfectly valid reason but they assume the reasons are discriminatory.

Some Examples of Potential Discrimination

If you are a particularly religious person you may wish to only rent your property to a like-minded Christian couple. Or you may have an issue with homosexual couples and not want to let them. If you were to place an advertisement for a ‘flat to let - Christians only’ however, both you and the publisher of the advert could be faced with a claim against you for discrimination on the grounds of religion or belief.

Also, if you instructed your letting agent not to let the property to Eastern Europeans because you had an objection to their immigration status, you could be subject to a discrimination claim – and the letting agent would also be in breach of discrimination laws if they were to carry out your instructions. Most reputable agencies would politely explain why they couldn’t agree to this.

There have been several cases in British courts where people have used the Human Rights Act to enforce their right not to be discriminated against - One example of this is a well-reported case which came to the decision that housing legislation should be interpreted in a way that a homosexual couple should enjoy the same legal rights with regard to succession to tenancies as married couples.

How to Be a 'Green' Landlord
Share Your Story, Join the Discussion or Seek Advice..
Please help! My landlord is making changes to my cottage garden without informing me. He says it's his property and he will do as he pleases
Zanii - 21-Jul-20 @ 7:06 AM
Title:
(never shown)
Firstname:
(never shown)
Surname:
(never shown)
Email:
(never shown)
Nickname:
(shown)
Comment:
Validate: